A Picture of Ohio's Homeless in 2017: More Children, Aging Adults and Families

70,123 Ohioans accessed homelessness services in 2017, and trends show this population is increasingly composed of children, older adults, families, and special populations. These numbers come from the Ohio Human Services Data Warehouse (OHSDW) second report, which provides a snapshot of Ohioans experiencing homelessness in 2017.

The report finds the homeless population has increased steadily over the last five years. Between 2012 and 2017 alone, the number of Ohioans experiencing homelessness grew 20%.

The fastest growing segments of the homeless population were the very old and the very young. In 2017, the most common age accessing services were infants aged 0, meaning they had not yet reached their first birthday. The number of infants grew 53.0% from 2012 to 2,943 in 2017. Beyond infants, about 30% of the total people accessing services were children younger than 18. This number is corroborated by the Ohio Department of Education (ODE), which flagged 23,398 students as being housing insecure in 2017.

The number of older adults experiencing homelessness is also increasing. In 2017, 12.330 (17.7%) clients were aged 50 years or over, 961 of whom were 65 years or over. Though this is a small fraction of those served, the number of clients 65 and over increased 97.7% from 2012 to 2017. Duana Patton, CEO of the Ohio District 5 Area Agency on Aging says this number matches patterns they are seeing throughout Ohio. "People don't think senior homelessness exists," she observed. "But many factors, including the death of partners, the loss of income sources, and the onset of challenging health conditions, combine for the aging, making them uniquely susceptible to homelessness."

The report also finds families make up large segments of the homeless population. While stereotypes of homelessness frequently focus on single, middle aged adults, data show Ohio is serving a substantial number of families every year. In 2017, more than a third of the homeless population consisted of adults with children. The number of families experiencing homelessness has increased steadily from about 18,000 in 2012 to 22,000 in 2017.

High numbers of babies, aging adults, families, and veterans are related to broader challenges of housing affordability throughout Ohio. The FY2019 Ohio Housing Needs Assessment reported that in 2017 there were only 42 affordable and available rental units per 100 extremely low-income renter households in Ohio (those earning less than 30% of the Area Media Income), meaning there simply are not enough affordable homes for Ohio's population. Of those that are housed, 390,000 renter households – about 25% of all renting households – experienced severe housing cost burden, meaning they spent at least half their income on utilities and rent. Those who have high housing costs relative to their income are more likely to experience homelessness or housing instability. For many families with high rental costs, unexpected costs such as a car repair or medical bill, force them to decide between staying in their home and other needs.

Ohio's children and older adults are particularly susceptible to these challenges of housing insecurity. Children are more likely than adults to live in poverty; 20.4% of all children live in households below the poverty level, compared to 14.5% of the overall population. Older adults are also more likely to experience housing cost burden than their younger counterparts (52% of renters and 25% of homeowners are cost burdened, compared to 42% of younger renters and 19% of younger homeowners.

The report highlights the continued need for affordable housing for Ohio's most vulnerable populations. Safe and affordable housing is critical for maintaining the health and prosperity of our state. Addressing the growing need for those who experience homelessness remains a key challenge for Ohio.

For updates on this research, subscribe to OHFA's Office of Research and Analytics email newsletter. 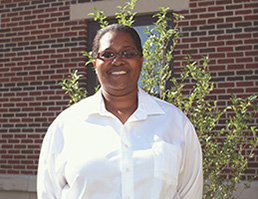