In a few months, single mom Elizabeth and her daughter Maddie will have a house to call their own.

It's the first of its kind for SE Ohio Habitat for Humanity, as it launches The Tiny House Project in Ohio. The plan will serve a demographic the organization couldn't help much in the past – those with very low incomes who are ineligible for other services.

OHFA has been a longtime partner with Habitat for Humanity and in November committed to being a lead sponsor for a tiny house build as part of the Habitat of Ohio 2016 annual conference. During the event, conference attendees worked on the wall build, which was then delivered to Hocking County for a build that will occur this Spring. Elizabeth and Maddie attended the dedication, which was led by Ken Oehlers, director of the Southeast Ohio Habitat for Humanity.

Tiny houses have been on the rise in the past decade as more people equate simpler living with fewer square feet. Part of the appeal of a tiny home comes from their smart use of space – many tiny houses are designed in a way that is comparable to an RV or yacht, utilizing space-saving functions such as pocket doors and Murphy beds.

We're thrilled to partner with Habitat and congratulate them on helping another Ohio family open the doors to their new home. 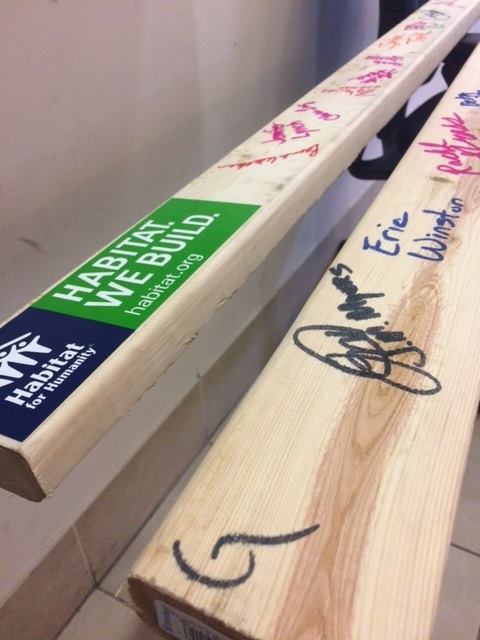